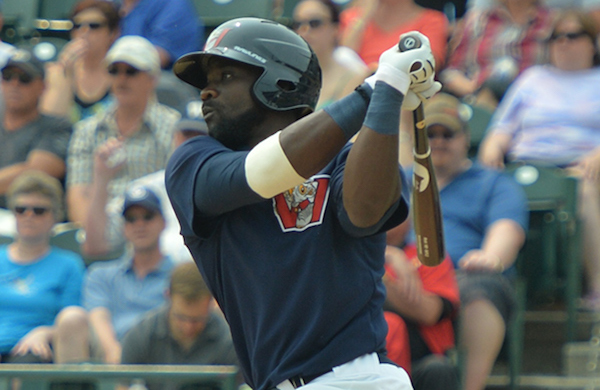 The Winnipeg Goldeyes have re-signed outfielder Reggie Abercrombie for the 2016 season.

Abercrombie hit .318 for the Goldeyes last season with six home runs and 37 RBI in 47 games played.

“We are thrilled to have Reggie return for 2016,” said Goldeyes’ manager Rick Forney.

“Reggie is still very much a large presence in the middle of the lineup, and we expect him to continue to provide our club with a solid veteran leadership.”

Abercrombie is the third player signed to the Goldeyes’ 2016 roster.