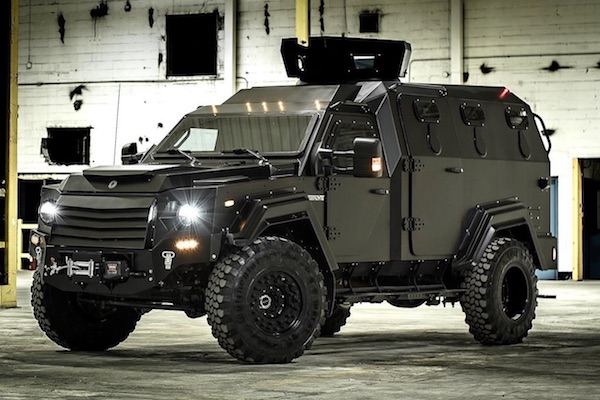 The Gurkha armoured vehicle from Terradyne Armoured Vehicles, soon to be in the possession of the Winnipeg Police Service. (WPS / HANDOUT)

The Winnipeg Police Service has gone vehicle shopping and picked themselves up a beefy tank-like ride.

The vehicle is expected to arrive in the next two weeks and will be used to carry out high-risk search warrants. It will also be another tool to assist the tactical support team.

“Members of the special operations group, including the tactical support team (TST) and crisis negotiators are engaged in numerous high-risk incidents every year. Keeping the public and police members safe will be the primary objective of this new tool,” police said in a release.

“As seen in cities across Canada where police services have already invested in this type of vehicle, this acquisition will aid in an appropriate response to today’s ever evolving policing requests.”