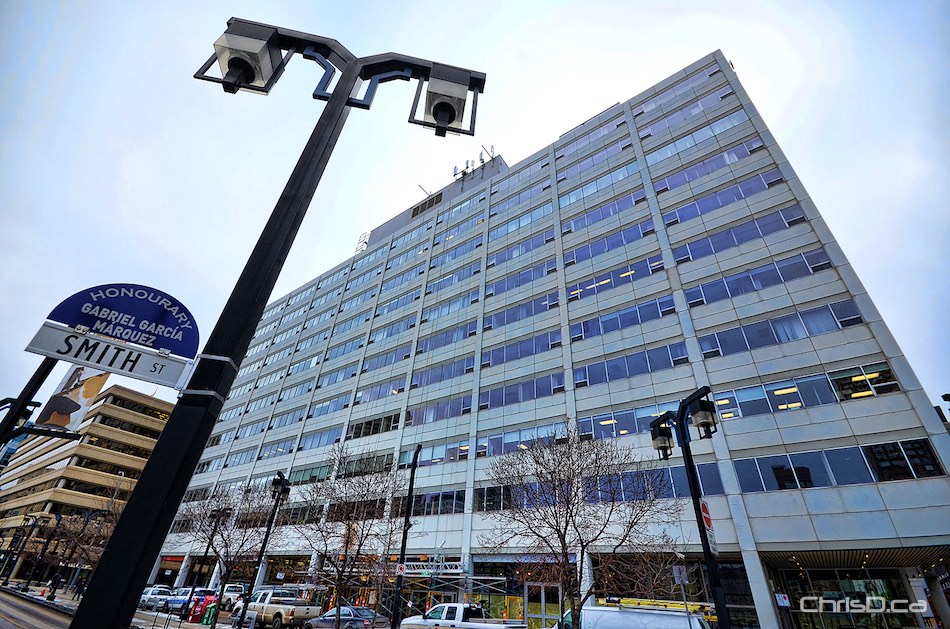 The Winnipeg Police Service will officially take possession of its new downtown headquarters on Tuesday, but before the big move, the media was invited in for a tour.

The $135 million building at 245 Smith Street has been the topic of numerous delays and cost overruns totalling upwards of $75 million. Recent reports indicated an additional $1.9 million to install security barriers — something that wasn’t originally budgeted into the project. The new total has now ballooned to $214 million.

Officers were scheduled to move in last year, but a late summer rainstorm flooded the basement and caused other damage.

Last December, RCMP carried out a search warrant on Caspian Construction — the contractor of the project — seizing several boxes of data and computers. Results of the raid haven’t been made public.

Divisions and units from across the WPS will begin the physical move on Monday, December 21. The move into the former Canada Post building is expected to be completed by June or July.

The 630,925 square foot headquarters will house 14 divisions and has an estimated life of 50 years.

• Consolidation – 3 out of 4 members will work out of HQ
• Police presence in the area
• Walkways provides opportunity for more foot patrol
• Reduction in commute time spent on:

• Opportunity for direct interactions and collaborations
• Easy access to Law Courts building and Remand Centre
• Divisions under one command in the same building will increase efficiency and collaboration
• Amalgamation will reduce redundancies in space for lockers, gym, washrooms, lunchrooms and meeting rooms
• Efficiency for members who work in different divisions but all called upon to work together in case of emergencies
• Opportunity to increase training frequency without increasing commute time and/or vehicles