City Plows Ready as Winnipeg Placed Under a Snowfall Warning 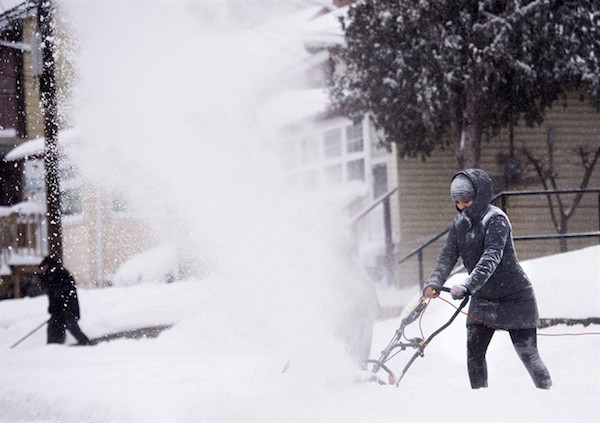 A snowfall warning has been issued for Winnipeg as a Colorado low weather system is set to bring between 10-20 cm of snow tonight and into much of Wednesday. (THE CANADIAN PRESS/Nathan Denette)

In the words of Frankie MacDonald, “Be prepared!”

The City of Winnipeg says its crews certainly are, with snow-clearing equipment and sanders ready to roll tonight and into Wednesday.

Environment Canada has issued a snowfall warning for the city as a weather system known as a Colorado low readies itself to make a heavy appearance.

The national forecaster expects between 10-20 cm of snow to fall in Winnipeg by the end of Wednesday, bringing with it brisk northwesterly winds to create localized blowing.

“Moderate to heavy snow will build into the region between 6 and 9 AM, with significant accumulations nearing 10 cm likely by noon,” the statement reads.

Highway conditions may present a challenge to motorists in the way of reduced visibility and icy patches.

The annual snow route parking ban remains in effect, meaning no vehicles can park on routes designated as such between 2 a.m. and 7 a.m. A residential snow-clearing parking ban has not yet been declared.

← Previous: Headstones at The Burt on January 22 Next: Carlton Skywalk to Temporarily Close on Thursday →
Tags: Snow | Weather | Winnipeg | Winter