The Liberal Party sent out a holiday greeting on social media Tuesday, extolling the virtues of electronic holiday cards over physical ones.

The message, featuring party leader Rana Bokhari, said if all provincial politicians would switch from traditional cards to electronic ones, taxpayers would save $340,000 per year.

The Progressive Conservatives quickly pointed out that the Liberals’ only legislature member, Jon Gerrard, sends out traditional cards by mail every year.

On social media, the Tories accused Bokhari of condemning her own colleague.

Bokhari replied that she was only expressing a personal preference.

“Well this is news to me,” Bokhari tweeted.

“My choice is to send digital cards — better for taxpayers & environment.”

Bokhari was elected Liberal leader in 2013 but does not hold a legislature seat.

She is running for one in the provincial election in April in the Fort Rouge constituency in Winnipeg, currently held by New Democrat Jennifer Howard. 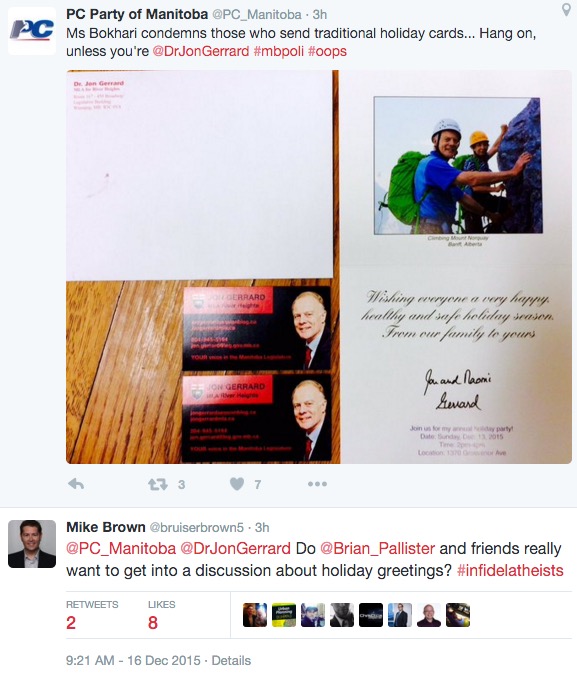