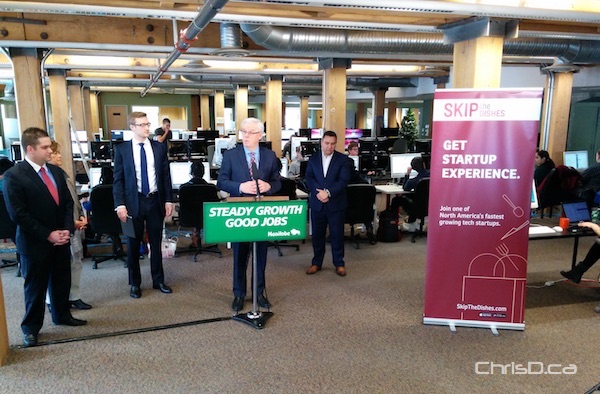 The Manitoba government has partnered with online food-ordering and delivery service SkipTheDishes to recruit and train more than 500 new staff for its Winnipeg office.

The company launched in 2013 and has a goal of expanding to more than 100 markets in North America.

“SkipTheDishes is honoured to have the support from the province of our plans to recruit, train and develop over 500 people including software developers, sales, operations, and all the other roles a head office requires,” said Joshua Simair, president and co-founder of SkipTheDishes.

The company has grown to more than 200 employees and works with thousands of food couriers and more than 2,000 restaurants across North America.

“This investment aims to keep Manitoba talent in the province and is creating the next generation of high-tech workers,” Premier Greg Selinger added.