‘The Ride’ Taxi App Launches to Compete with Uber 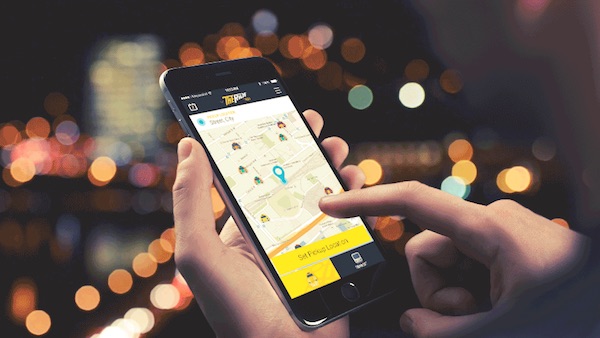 The Ride is a new nationwide taxi hailing app designed to connect users with the closest cab available. (HANDOUT)

A new all-in-one taxi and transit app has launched in Canada, meant to make it easier for users to “e-hail” a ride, while at the same time taking aim directly at Uber.

Called The Ride, it’s the first national app to partner with leading local taxi fleets, directly connecting over 6,000 taxis, with another 3,000 soon to be integrated into the service.

“Today’s commuters, especially millennials, depend on technology and real time information to get around, and apps are a big part of this,” said Nick Quain, co-founder and CEO, CellWand, the company behind the app.

“The Ride is Canada’s ultimate transportation solution because it includes every taxi company and combines access to all available public transit options, map directions, and carshare locations across Canada, with just a few taps within the app.”

In Winnipeg, Unicity and Duffy’s have similar apps, utilizing a user’s location to view and book nearby taxis.

With The Ride, users can also access driver ratings, ensuring they are getting the best available option whenever using the app.

Convenience fees for using The Ride will be waived during the first 30 days for all customers. Such fees are billed directly to a user’s wireless bill through a partnership with the country’s major mobile carriers.

A portion of each convenience fee from every use of the app will go directly to MADD Canada, a national charity aimed at preventing impaired driving and support victims of impaired driving crimes.

Future plans for the app include in-app payment and bike-share options. The Ride is a free download in the App Store and through Google Play.