Home » News » Flex Those Shovelling Muscles: More Snow on the Way to Manitoba

Flex Those Shovelling Muscles: More Snow on the Way to Manitoba 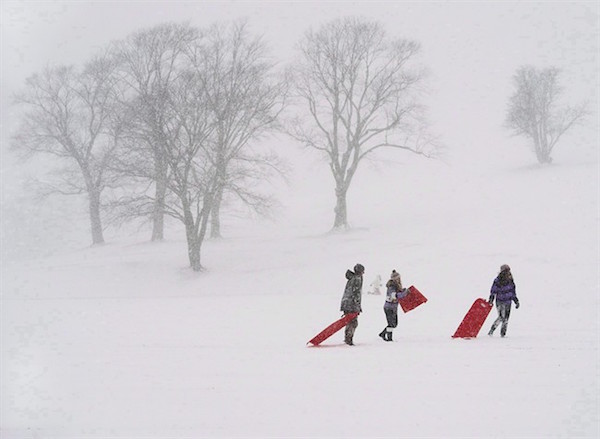 A weather system from North Dakota is expected to bring between 5-10 cm of snow to Winnipeg over the next 24 hours. (THE CANADIAN PRESS/Andrew Vaughan)

Another storm system bringing with it snow and wind gusts will push into southern Manitoba later tonight to mark the first official day of winter.

Environment Canada says precipitation will begin this evening with between 5-10 cm of snow expected in the city. Areas southeast of Winnipeg could see up to 20-25 cm by Wednesday, such as in Bissett, Beausejour, Altona, Sprague, Steinbach and the Whiteshell.

Snow and local blowing snow will continue overnight and into tomorrow, with another 2 cm within city limits.

The City of Winnipeg says its crews will monitor conditions and tend to streets as necessary with sanding and plowing equipment.

A Colorado low weather system guaranteed Winnipeg would have a white Christmas when it dumped between 15-20 cm on Winnipeg last week.