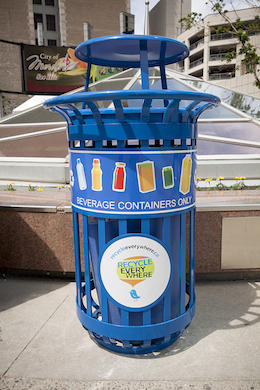 Manitobans are throwing fewer beverage containers away, according to a Canadian Beverage Container Recycling Association audit.

The CBCRA says Winnipeg saw a 40 percent reduction in container litter from 2014 to 2015. Brandon came in at a 25 percent decrease.

“What we think this suggests is that year after year, Manitobans are becoming increasingly knowledgeable about where they should and should not put their empty beverage containers,” said Ken Friesen, executive director of the CBCRA, which operates the Recycle Everywhere program.

“In just five short years, we are confident that Recycle Everywhere programming, our promotional and educational campaigns, and the proliferation of Recycle Everywhere bins across the province are all playing a part in successfully informing residents and improving empty beverage container recycling behaviour.”

Newer Manitoba communities to the audit, including Steinbach and Thompson, saw a 17 percent drop in beverage container litter from 2014-2015. Overall, the decline is a 62 percent drop since 2013. Thompson’s rates dropped 60 percent from its baseline year in 2014. 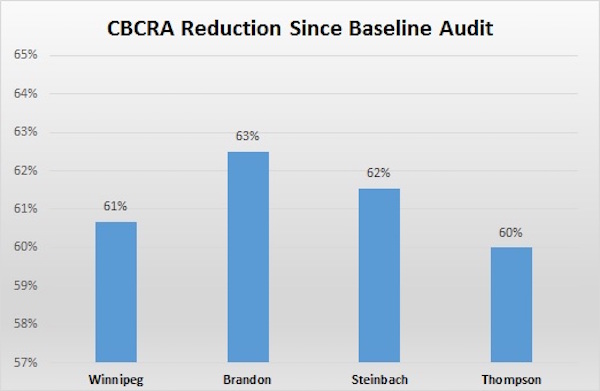