Manitoba Man Stuffs Vehicle with Hay, Attempts to Set It on Fire 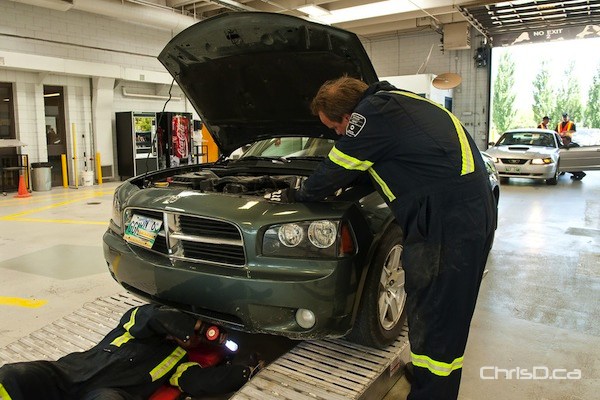 A man who attempted to set his vehicle on fire by stuffing it with hay to collect insurance money is one of the top five frauds of 2015 revealed by Manitoba Public Insurance.

MPI says their investigators found dry grass and hay stuffed into the engine and headlight compartments of the vehicle.

The man claimed to investigators he was at a party outside of the city and noticed a large fire in a hay field. He jumped in his vehicle with some friends to investigate and attempted to put it out himself. In was at this time, he said, the fire also engulfed his vehicle.

An investigator would later determine an accelerant had been splashed throughout the passenger area of the vehicle. The claim was withdrawn and MPI did not pay out the estimated $14,000 in damages.

In another incident, a man told MPI he had been the victim of two consecutive hit-and-runs in rural Manitoba. He had said he was struck from behind by a dark SUV and quickly gave pursuit of the vehicle. A short time later, he claimed he was struck from the side by a truck, when the driver got out and fled in the original SUV who previously hit him.

A crash data recorder revealed the vehicle was parked at the time of the impacts. The man pleaded guilty to public mischief, was fined $3,500 and had his $15,000 claim dismissed.

A woman claimed her vehicle was stolen, but was actually willingly leant to a male friend to drive. Police stopped the vehicle during a traffic stop and observed the woman sitting in the passenger’s seat. She was arrested and pleaded guilty to public mischief, along with being handed 12 months of probation and a conditional discharge.

No Friend of Mine

A Winnipeg man claimed his vehicle was stolen and heavily damage, but the truth was he gave the vehicle to a friend, who admitted had been in two collisions. The driver also admitted he didn’t have a licence, which the vehicle owner knew. Police shared that information with MPI and the theft claim of $34,000 was denied.

A woman who injured her shoulder and back in a collision began collecting income replacement payments and other benefits because she was too injured to return to work. MPI discovered the woman had since returned to work in a physically-demanding agriculture position. She pleaded guilty to fraud over $5,000 and was sentenced to three years of supervised probation, including counselling, 200 hours of community service and restitution of $36,000.