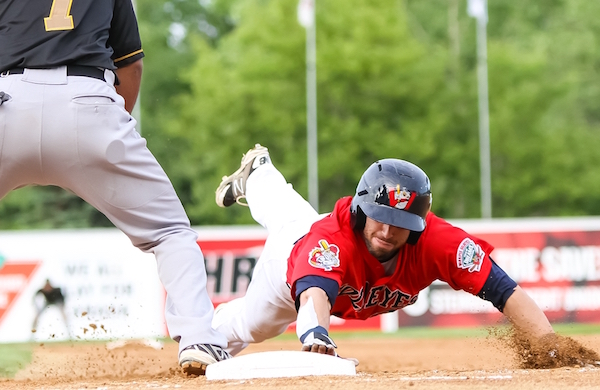 The Winnipeg Goldeyes have re-signed outfielder Adam Heisler to the 2016 roster.

Heisler returns to the Fish for his second season after being voted an American Association All-Star in 2015.

“Adam is coming off an amazing season. Offensively, he proved to be a real weapon,” said Goldeyes’ manager Rick Forney.

“He was the total package as a table-setter last year. Adam is a real nice combination of batting average, speed, and power.

The Goldeyes also placed catcher Ryan Babineau on waivers for the purpose of his release as he retires from professional baseball.