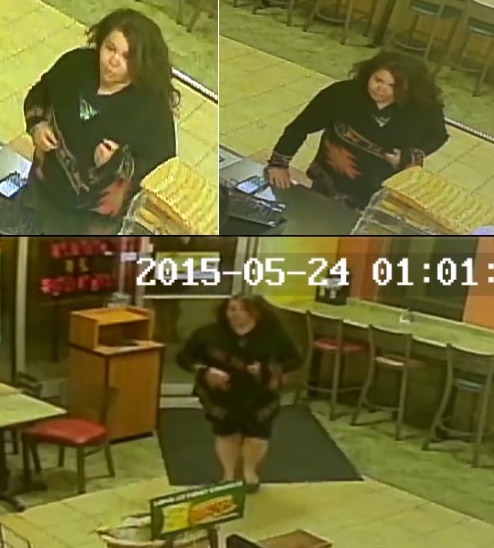 Winnipeg police are looking for this woman, who they say robbed a restaurant on Henderson Highway in May 2015. (WPS HANDOUT)

Winnipeg police are hoping the public can help identify a woman wanted for a robbery last spring.

The suspect entered a restaurant in the 200 block of Henderson Highway in the early hours of May 24, 2015. She told the male employee she had a gun and made off with an undisclosed amount of cash.

No injuries were sustained during the robbery.

The suspect is described as aboriginal in appearance, heavy build, 5’1”- 5’6” tall and long dark hair.