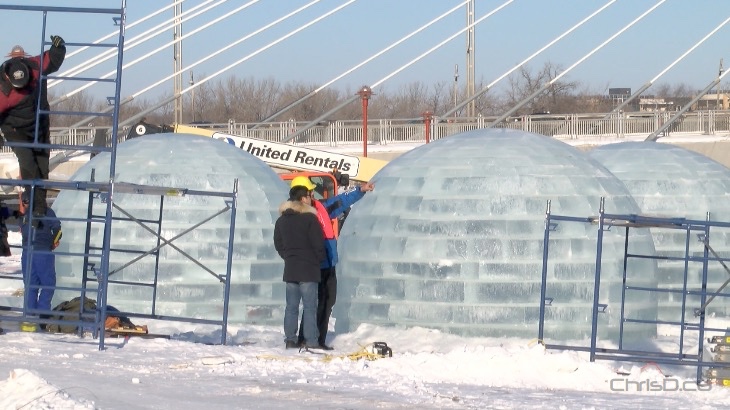 Teams work to create sculptures for the Great Ice Show at The Forks on Tuesday, January 5, 2016. (CHRISD.CA) 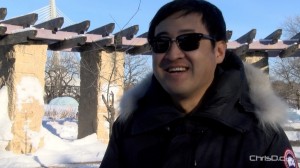 Andy Zhao, president of Canadian Icetival Inc. and one of the Great Ice Show’s organizers. (CHRISD.CA)

WINNIPEG — Forty artists from China are sculpting their frozen masterpieces on the banks of the Red River at The Forks for the upcoming Great Ice Show.

The event is a first for the city, but mimics the Ice and Snow World show in Harbin city, Heilongjiang province, on a much, much smaller scale.

“I want to create something Winnipeg people can be excited about… can be proud of,” said Andy Zhao, president of Canadian Icetival Inc. and one of the event’s organizers.

Attractions include tobogganing, a snowman workshop, ice bumper cars, and a 40-foot ice slide where visitors can leave from the top of a replica of the Manitoba Legislative Building to the ground. Again, on a much smaller scale, of course.

Despite Winnipeg being a winter city, Mother Nature hasn’t exactly been cooperating this season with an extended period of warmer than normal temperatures. 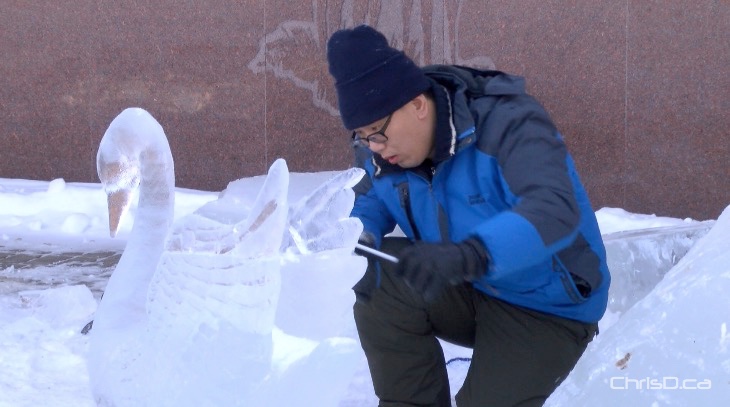 A sculptor works on an ice carving in advance of the Great Ice Show at The Forks. (CHRISD.CA)

“In a normal year our ice will be solid, but this year the river still isn’t frozen yet. Our original plan was to take the ice through the Red River, but it’s not going to be this year so far.”

Ice was instead trucked in from a gravel pit on a private property near Birds Hill Park, adding to the overall cost of the event, but leaving organizers with no other choice.

Zhao says if temperatures remain at around the -10°C mark or colder, his team should have their work completed for a public opening of between January 20-25.

Tickets for the Great Ice Show are available through Ticketmaster for $25 for adults and $15 for children.