A new Canadian air carrier that promotes itself as being an “ultra low-cost” alternative has unveiled its fares and route plans.

“Most of our main routes feature non-stop flights that aren’t currently offered,” said NewLeaf CEO Jim Young. “The ultra low-cost business model we’re using has proven successful around the world, and we’re excited to bring it to Canada.”

All flights will be operated by Kelowna-based Flair Airlines, which flies Boeing 737-400 aircraft.

Young says the company is able to maintain the low-cost model by offering add-on services customers can purchase, such as priority boarding, on-board drinks, snacks, carry-on and checked baggage. The first carry-on item will cost you $25, unless you can safely store it underneath your seat.

NewLeaf will have its headquarters in Winnipeg and fly out of James Richardson International Airport.

Introductory fares will range from $89 to $149 and eventually increase by about $10-$15. Flights can be booked as of today and will begin flying February 12. The company won’t be offering any fares on third-party websites in an effort to keep its costs down.

Ski packages and flights to U.S. sun destinations will be available later this year.

Flights won’t occur daily as the company is targeting the leisure and vacation traveller, but that may change in the future based on demand.

More than 750 new jobs are expected to be created as a result of NewLeaf’s operations. 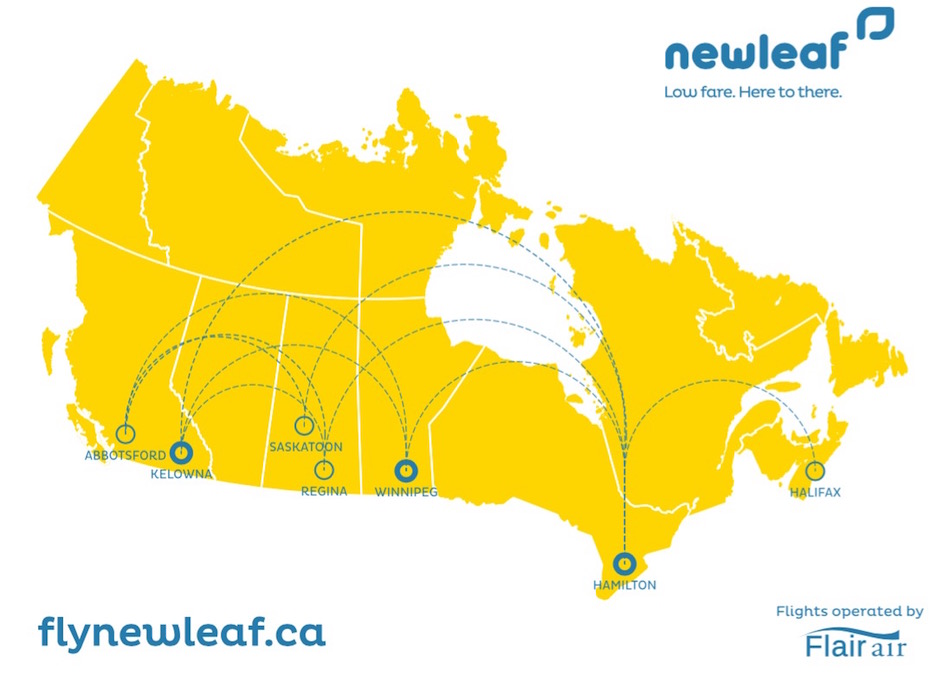