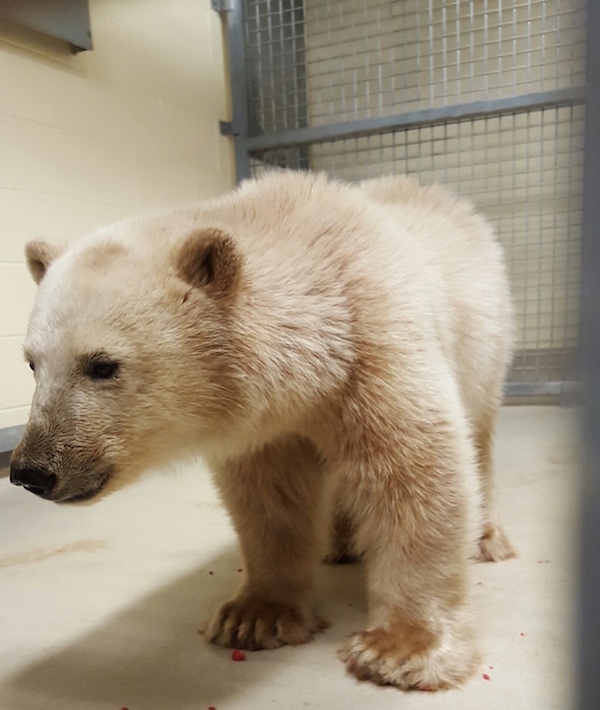 One of two male polar bear cubs, who were orphaned in Churchill, now have names and are located at the Assiniboine Park Zoo. (ASSINIBOINE PARK CONSERVANCY)

WINNIPEG — Two orphaned male polar bear cubs, who arrived at the Assiniboine Park Zoo at the end of October, now have names.

York and Eli received the highest number of votes based on a donate to vote campaign, which raised $18,000 for the zoo. A total of 579 votes were cast in December as part of the efforts.

“We’re absolutely thrilled with the results of this campaign and the names that have been selected for the cubs,” said Gary Lunsford, head of zoological operations at Assiniboine Park Zoo.

“It’s wonderful that so many people from the community were involved in selecting their names and made donations that support our ongoing polar bear rescue and conservation efforts.”

York and Eli are currently living in the polar bear habitat at the Leatherdale International Polar Bear Conservation Centre.