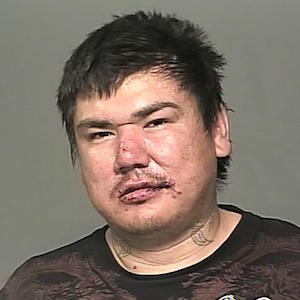 Colin Leonard Traverse has turned himself after being wanted on a warrant in a fatal stabbing on December 22, 2015. (WPS / HANDOUT)

WINNIPEG — A man has turned himself in to police after allegedly stabbing Hector Lee Sinclair to death days before Christmas.

The 45-year-old victim was found in the 1100 block of Beauty Avenue on December 22 when he was seriously assaulted at around 9 p.m.

Police say two males were found with stab wounds to the upper body, where one of them later died in hospital.

Colin Leonard Traverse, 32, turned himself in on Tuesday after a warrant was issued for his arrest.