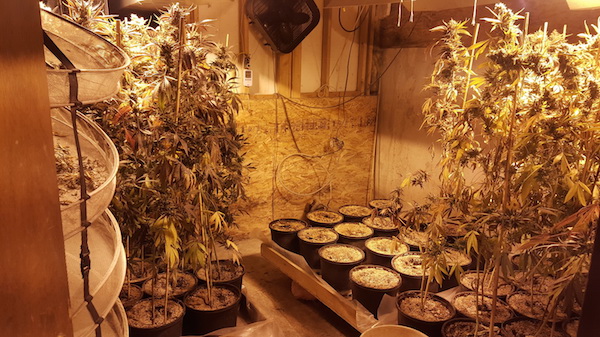 A marijuana grow-op in the RM of McCreary was raided by police on Wednesday, January 6, 2016. (RCMP HANDOUT)

Manitoba RCMP have raided and shut down a marijuana grow-op in the RM of McCreary.

Officers executed a search warrant on a residence in the community on Wednesday at around 6:30 p.m.

Inside they seized 168 plants and a small amount of cut and dried marijuana.

The Office of the Fire Commissioner also attended due to hazardous electrical wiring used to power the operation.

William Burnett, 52, of the RM of McCreary, was arrested and charged with the production of marijuana.

He has been released on a promise to appear in Dauphin court on March 15.