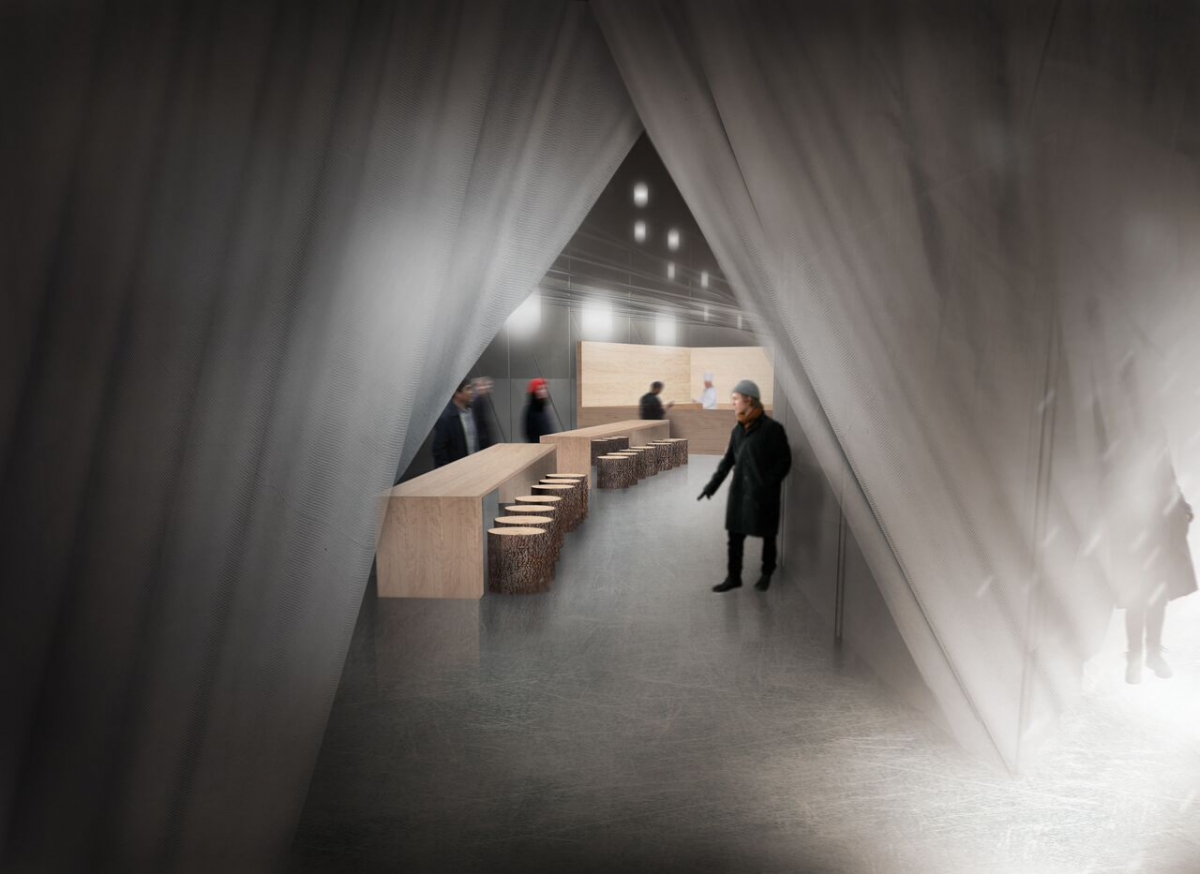 RAW: almond’s new structure for 2016. A similar structure will go up in Churchill, Manitoba in March. (HANDOUT)

The Town of Churchill is well known for many a wondrous thing, from polar bear watching to seeing beluga whales. And now, it will become a destination where you can dine outside under the spectacular flares of the Northern Lights.

The founders of RAW: almond have made arrangements to take their winter dining experience a step further from their famous outdoor venue at The Forks.

1,710 kilometres straight north to Churchill to be exact.

“We got this idea that it would be amazing for people to come together and dine under not just under the stars, but beneath the beautiful Northern Lights,” said Joe Kalturnyk, who together with Mandel Hitzer, chef and owner of Deer + Almond created the RAW: almond winter dining experience at The Forks four years ago.

Prices for tickets are still being figured out, but they will likely be higher than the $120 per person rate people pay for the Winnipeg dining experience.

That’s because they will need to pre-fab most, if not all, of the structure in Winnipeg and ship it north by train.

“It’s very different material than what we are using at The Forks,” said Katurnyk.

He said one of the really cool features of the structure is that a large portion of it will be transparent so that diners can see the Northern Lights while inside.

As for whether or not curious polars bears will sniff them out, Katurnyk said safety for everyone is key, are working with Parks Canada “to keep the bears at bay.”

More information about RAW: almond’s latest project will be made available over the coming days. Katurnyk said they have considered offering travel and dine packages that people can purchase.