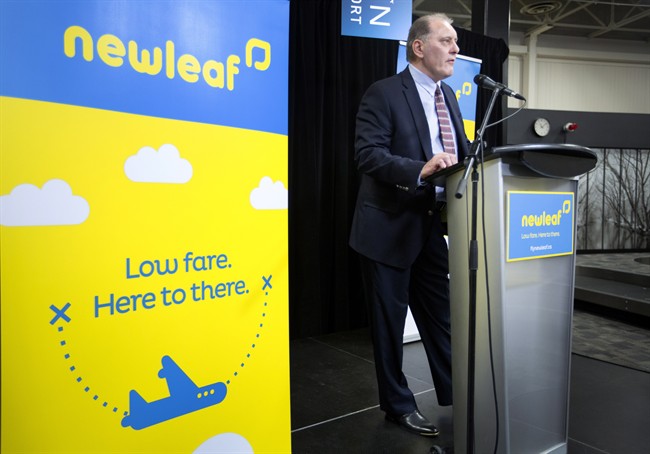 This past week saw what can only be described as a soft launch of a new no-frills airline called NewLeaf. Partnering with a regional carrier based in Kelowna, NewLeaf will service a handful of smaller Canadian airports, including Winnipeg, Regina, Saskatoon and Hamilton. Hands up if you didn’t know there was a Hamilton airport?

They are advertising one way tickets for as little as $89, but they’re carefully avoiding the word discount. Truth is that $89 could easily end up costing twice that much when you add in all the other charges that can quickly be tacked on. It’s called drip pricing, and NewLeaf is merely following the example of many other airlines who have flown before them.

Every little extra that you can possibly imagine when flying somewhere now has a price tag — from food and drink, to both checked and unchecked baggage, to extra legroom and on and on it goes. Before our blood pressure gets totally out of control, maybe take a moment to remember where businesses like airlines learned how to do drip pricing.

If you said government, move to the front of the room and we’ll give you a gold star — for a price. At every level of the public sector, someone is reaching into our pockets when we least expect it. I guess it began more than 30 years ago in places like California. When they’re not out buying more guns, our American neighbours have been refusing to put up with higher taxes. But they still demand all kinds of public services.

Bush 41 in Washington liked to brag that the motto of his administration was “read my lips… no new taxes.” All they did was change the name, from taxes to “service charges” and “special levies.” Governments in Canada mostly copy what happens to the south, so for 20 years or more, we’ve been paying more and more, and generally getting less and less service.

Listen to the drip, drip, drip, then ask the question, “When will these kind of con games end?”