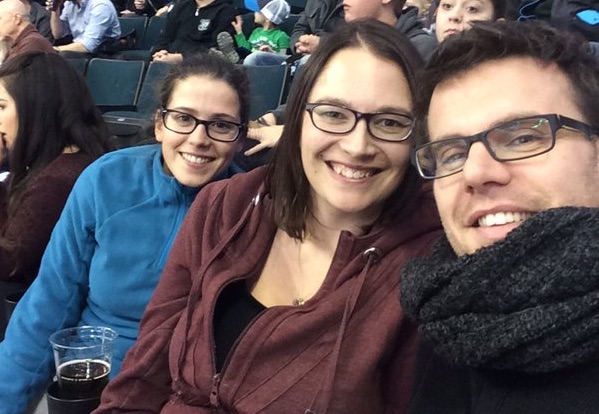 Lise Pinkos, centre, has been chosen as the NDP candidate in the Seine River riding. (TWITTER)

WINNIPEG – Manitoba New Democrats have chosen a candidate to run in the seat held by a former cabinet minister who came close to unseating Premier Greg Selinger.

Lise Pinkos is unopposed for the NDP nomination in the Seine River constituency and is to be officially given the nod January 24.

The seat is currently held by Theresa Oswald, who came within 33 votes of ousting Selinger at a party convention last March.

Oswald announced in October she would not be running in the election set for April 19.

Pinkos is an assistant manager of learning for the Canadian Museum for Human Rights.

Pinkos will face Progressive Conservative candidate Janice Morley-Lecomte, who works as a counsellor at a women’s shelter, and Liberal Peter Chura, a former television news anchor.

Opinion polls suggest NDP support has plummeted since the government raised the provincial sales tax in 2013.

Oswald and four other senior cabinet ministers publicly questioned Selinger’s leadership in the fall of 2014 and stepped down from their ministerial posts. The challenge led to a convention last March that saw Selinger retain his job by winning 51 per cent of the votes on a second ballot.