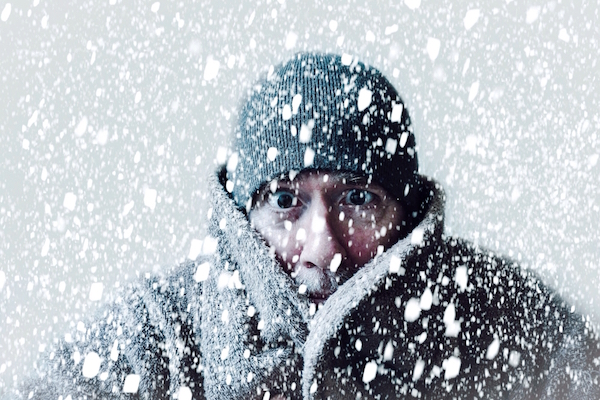 (Man shivering in the snow image via Shutterstock)

Telling you to bundle up doesn’t even begin to do it. Just book a flight somewhere warm.

Environment Canada has issued an extreme cold warning for Winnipeg and southern Manitoba. That means temperatures will feel like -40 to -45 with the windchill tonight and into Tuesday morning.

“A ridge of high pressure will continue to build over the central Prairies tonight bringing clear to partly clear skies and cold temperatures near minus 30 over much of southern Manitoba and eastern Saskatchewan,” the warning reads.

CAA Manitoba tweeted they were 50 percent busier on Monday compared to yesterday, and also urged motorists to plug their vehicles in.

“We are currently receiving 1 call per minute for service — we expect that to double or even triple in the next hour,” CAA said at around 7:30 a.m.