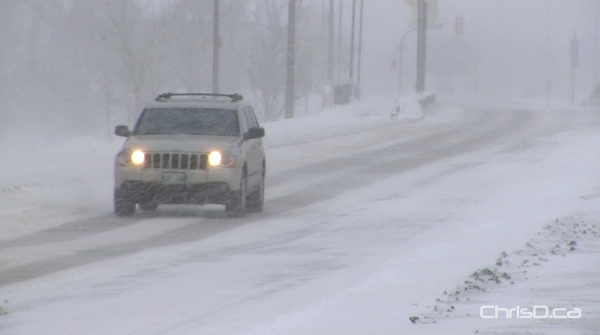 A vehicle travels on Highway 75 south of Winnipeg. (CHRISD.CA FILE)

An open house on Thursday will present the province’s preferred for major changes to Highway 75 at the U.S. border crossing in Emerson, Manitoba.

Final road designs will accommodate additional inspection lines and facilities being planned on both sides of the border. Road improvements will also allow greater traffic efficiency and safety for international travellers and goods destined for and returning from the U.S.

Manitobans provided feedback at a first open house in March of last year and will be shown plans for the preferred option for the major reconfiguration of the highway.

The open house will be held January 14 from 4 to 7 p.m. at the Emerson Community Complex, 101 Church Street.