Manitoba Helicopter Pilot Dies After Falling into Crevasse in Antarctica

By Diana Mehta and Chris Purdy, The Canadian Press 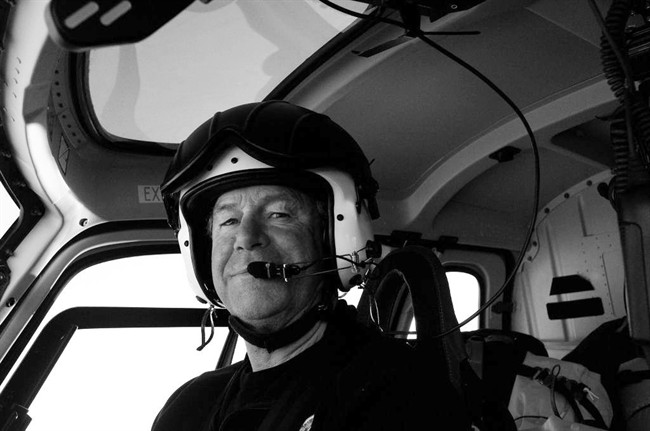 Canadian helicopter pilot David Wood is shown in a handout photo. Wood, who plunged into a crevasse while working on a remote ice shelf in Antarctica, died of his injuries Tuesday. (THE CANADIAN PRESS/HO-Australian Government)

A friend says it’s a shame that a skilled helicopter pilot from Manitoba who never crashed in more than 30 years of flying died in a freak fall in Antarctica.

David Wood, 62, was working with the Australian government’s Antarctic program at the Davis research station, a permanent base on the icy continent.

After a fuel-loading operation on a remote ice shelf Monday, Wood got out of his helicopter and tumbled into a deep crevasse. He was rescued several hours later but died of his injuries Tuesday.

“Go figure,” said Bruno Meili, owner of Fireweed Helicopters in Whitehorse. “Not what you think would happen in our kind of business.”

Wood worked as much, if not more, in the Northern Hemisphere as he did in the south.

He was from Winnipeg Beach, Man., and spent the last 15 summers flying for Fireweed across the Yukon, said Meili. Wood flew mining exploration charters and helped fight forest fires.

The two men became close friends. And when Wood travelled to Antarctica, they kept in touch over Skype.

“He lived and breathed helicopters.”

The Australian Antarctic Division said in a statement that Wood was working for Australian company Helicopter Resources at the time of the accident.

He was flying one of two helicopters that were “sling loading” fuel to a depot on the West Ice Shelf northeast of the Davis station, the division said. Once the fuel drums were dropped at the depot site, the choppers landed and the pilots got out to retrieve the equipment they had been using.

At that point, Wood fell down the chasm.

“The second pilot was not able to assist,” said the division. “He made radio contact with Davis station and flew back to the station for help, a flight of around 45 minutes.”

Wood lay at the bottom of the crevasse — some 20 metres down — for about three hours. A search-and-rescue team was able to haul him up and fly him back to Davis station.

“Mr. Wood was a respected colleague and friend to many in the Australian Antarctic program,” said the statement, which added that efforts were being made to return his body to Australia.

Wood lived for many years in Australia and has two grown children there, Meili said. Wood’s wife and two youngest children live in Manitoba.

In an interview for a division newsletter last year, Wood recounted his favourite flying jobs.

“It’s hard to beat water bombing on a bush fire or sitting in the middle of the Amery Ice Shelf in the sun,” he said.

In the ’80s, he had a memorable job flying to lighthouses around Australia to change light bulbs.

Wood had three previous stints working in Antarctica — in 1993, 2014 and 2015, Wood said in the interview, adding he never went without a Quebec brand of balm for cow udders, which he smeared on his hands so he could work in the freezing weather without gloves.

Wood said he kept returning to Antarctica because of the people.

“And it reminds me of the Canadian Prairies in winter.”

Arden Meyer, general manager of Trans North Helicopters in Whitehorse, said Wood started in the business with his company. He described Wood as well-known and well-liked.

“Dave will certainly be missed in the Yukon and in our industry.”