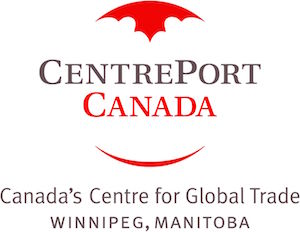 WINNIPEG — A new rail park at Manitoba’s 20,000-acre inland port will be anchored by BroadGrain Commodities, making way for a $25 million bulk grain export and trans-loading operation at CentrePort Canada.

The Toronto-based company’s flagship terminal will be based in Winnipeg, handling grains, oilseeds, byproducts and specialty crops.

“BroadGrain’s project is an ideal anchor for our new rail park,” said Diane Gray, president and CEO of CentrePort.

“They are in need of high-volume rail services in order to move the highest quality of products, which ultimately is the objective of our first phase of development.”

“As we started looking at potential green field sites to continue expanding our footprint in the west, we were impressed by the value proposition at CentrePort and the potential for our project to become an anchor development in the new rail park. It’s been a very positive process,” said Zaid Qadoumi, president and CEO, BroadGrain.

The new CentrePort Canada Rail Park will attract similar businesses to the province with $2.4 million being invested to build the lead tracks and switches off the Canadian Pacific Railway mainline (CP Rail Carberry Subdivision). The lead tracks and switches will be owned by CentrePort and will service additional projects as the rail park develops.