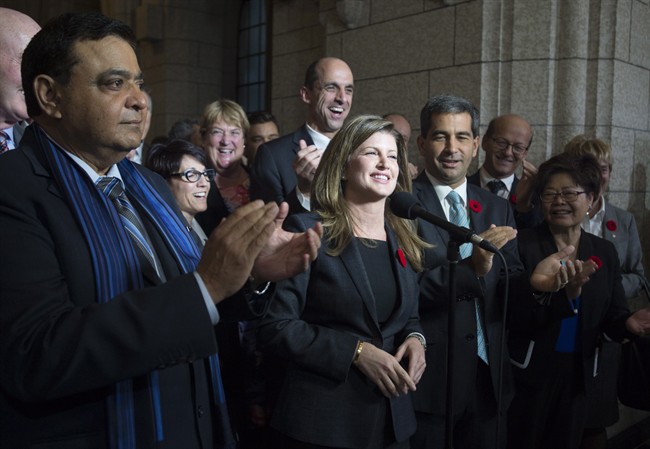 Surrounded by members of caucus Rona Ambrose speaks after being named as the interim-leader of the Conservative party following a caucus meeting Thursday November 5, 2015 in Ottawa. (THE CANADIAN PRESS/Adrian Wyld)

The interim leader of the Conservative Party of Canada will address a business luncheon in Winnipeg on Tuesday, January 19.

Rona Ambrose will speak to the Manitoba Chambers of Commerce during an event at the Delta Winnipeg.

Ambrose was tapped by her colleagues as the person best suited to lead them into the post-Stephen Harper era. Her talk will outline the path the federal party is taking as the Tories look to the future and begin to rebuild.

Following her speech, Ambrose will be joined on stage by MCC president Chuck Davidson for a Q & A session. Tickets are available online.