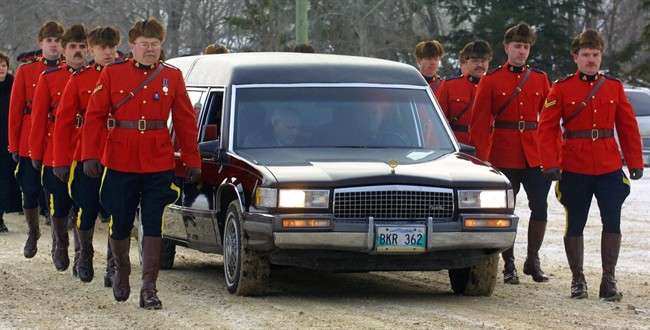 The hearse containing the casket of RCMP Constable Dennis Strongquill is escorted by some of the over 300 police officers who came to the church in Powerview, Man. for his memorial service on Thursday, Dec. 27, 2001. Strongquill was killed in a gun battle on Friday, Dec. 21, in Russell, Manitoba. (THE CANADIAN PRESS/Jeff McIntosh) 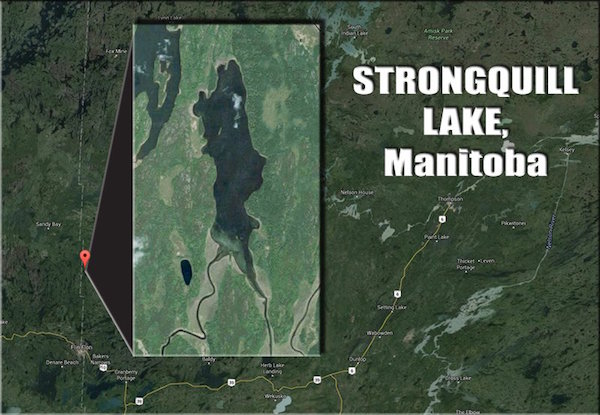 A lake near Flin Flon has been named after late Manitoba RCMP Cst. Dennis Strongquill.

Strongquill Lake is located about 45 kilometres north of Flin Flon and will act as a way of honouring the 20-year police veteran.

Strongquill was shot and killed in the line of duty on December 21, 2001.

“Cst. Strongquill dedicated his life to protecting the people of Manitoba and making our communities safer,” said Assistant Commissioner Kevin Brosseau, commanding officer, ‘D’ Division, RCMP. “The naming of Lake Strongquill is a humbling honour and will ensure that his sacrifice is never forgotten.”