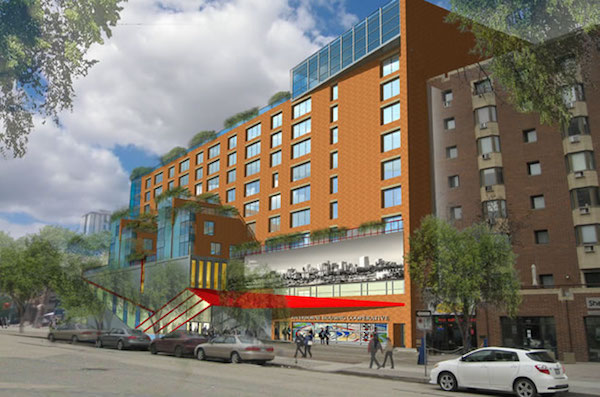 A rendering of the planned housing co-operative, featuring commercial space and an arts centre. (GSAC.CA)

The Manitoba government is funding a project in Osborne Village that will combine co-operative housing, commercial space and an arts centre.

Plans call for the existing Gas Station Arts Centre on River Avenue to be torn down, making way for a new mixed-use facility featuring commercial space, a new theatre and 82 housing units.

Thirty-one of those units will be set aside for low- to moderate-income households. The remaining 51 units would have market-rate housing charges.

The housing co-operative will be open to individuals with a focus on seniors and young adults with low incomes and with a connection to Winnipeg’s performing arts and theatre creative communities.