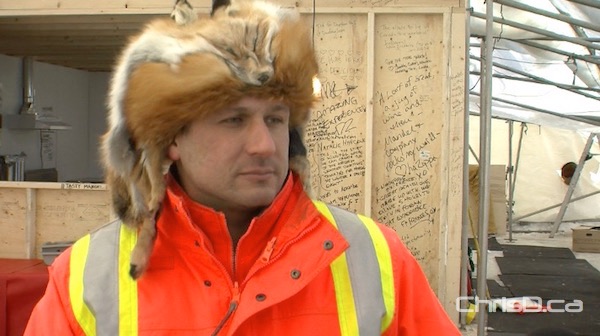 WINNIPEG – It’s not easy being a popular winter pop-up restaurant in Winnipeg.

First, mild weather this season has forced RAW:almond off its usual spot on the ice where the Assiniboine and Red River meet, and onto solid ground.

Then, the restaurant had to deal with the theft of its generator on Sunday.

Co-owner Joe Kalturnyk says it was a brazen and carefully planned crime, given that a truck would be required and the generator is usually illuminated by a spotlight.

But on Monday he got good news, when the generator turned up at a nearby school.

The restaurant will go ahead with its opening on Thursday as scheduled, and will run until Feb. 14.

According to its website, the restaurant, which won a 2015 Canadian Tourism award, has sold out its entire run.