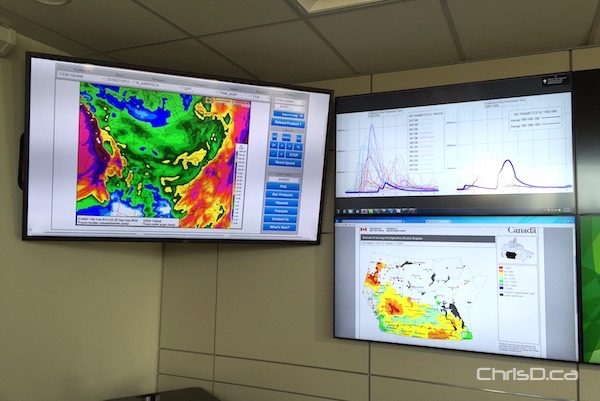 The new flood forecast centre is located downtown Winnipeg and will house about 100 staff. (CHRISD.CA) 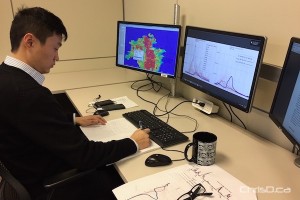 An employee works out of the new flood forecast centre on Tuesday, January 19, 2016. (CHRISD.CA)

The 15,000-square-foot flood forecast centre at 280 Broadway can handle up to 100 personnel and will be the base of operations for the 2016 flood season and beyond.

“This new centre will be equipped with modern audio-visual communication technology so flood operators and forecasters can communicate more effectively with various outside jurisdictions,” said Premier Greg Selinger. “It will also provide forecasters real-time observation of a number of weather and hydrometric stations including satellite observation of snow coverage and storms.”

Staff moved into the building on December 21.

The entire cost of the centre is about $1.5 million, including a 20-year lease.