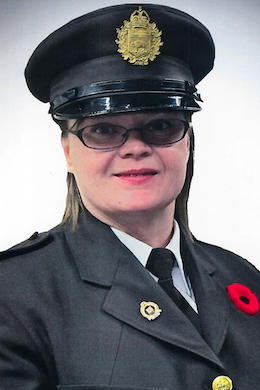 The province has named a Manitoba lake after a correctional officer who lost her life in an accident in November 2014.

Rhonda Commodore was transporting inmates from The Pas to Dauphin when she was killed in a rollover on an icy stretch of Highway 10. The driver and the six inmates survived, but Commodore was thrown from the vehicle.

“Ms. Commodore served with pride and commitment, and her loss was keenly felt by her family, especially her young son, as well as her community and the people who worked with her every day,” said Conservation and Water Stewardship Minister Tom Nevakshonoff.

← Previous: CAA Manitoba to Merge with Ontario Partner Agency Next: Manitoba Tories Would Funnel $1B to Infrastructure Annually →
Tags: Manitoba