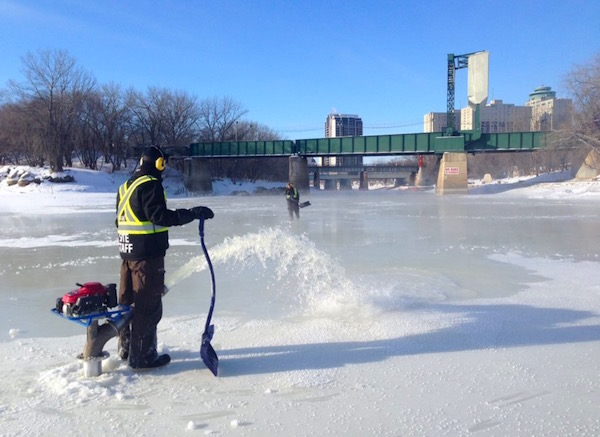 Crews have been feverishly trying to get the trail going after warmer than normal temperatures lingered for weeks on end. Open spots of water could be seen on both the Red and Assiniboine rivers as recently as last week.

But several days of temperatures hovering around -20°C was enough to solidify many spots on the river, including in the Historic Port area.

The trail typically opens at the end of December or early January.

An official opening will be held Thursday at 10:30 a.m.

Skate rentals are available inside The Forks for those who don’t own their own pair.