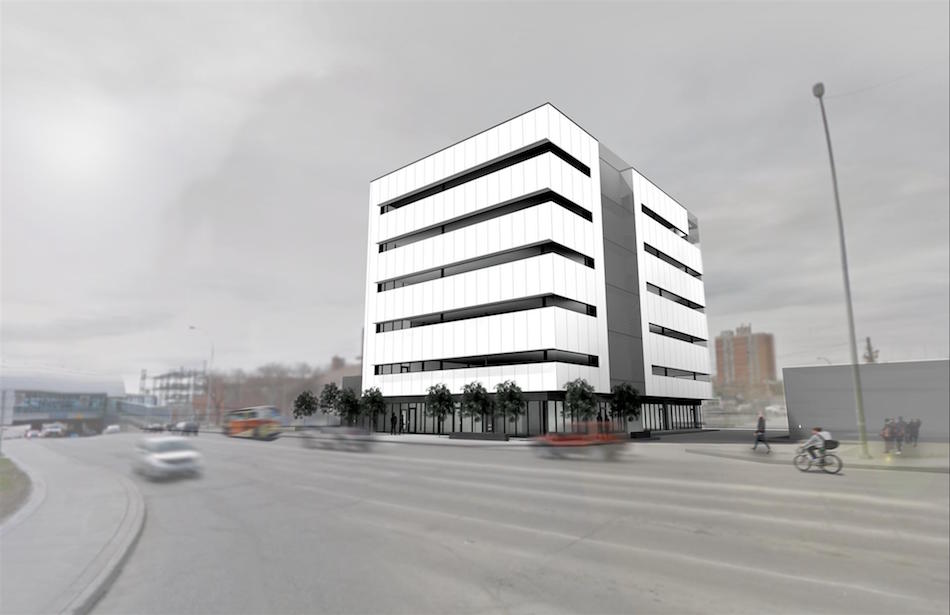 Osborne Place at the Station will be located at 257 Osborne Street. (IMPERIAL PROPERTIES)

WINNIPEG — Construction has begun on a new office building at the city’s busiest intersection.

Osborne Place will be located at Confusion Corner at the intersection of Osborne Street and Pembina Highway, seeing an average of 91,000 vehicles daily.

The more than 32,000-square-foot, six-storey building is a project by Imperial Properties, who say its plans for the development have been in motion for more than two years.

“The city’s emphasis on high-rise and mixed-use developments feels like a new beginning, and we’re proud that our redevelopment of the Osborne and Pembina corner is validating and kick-starting this plan,” said Adrian Schulz, ACCI, president and CEO of Imperial Properties.

Once finished, the building will feature an open floor plan, with onsite parking and close proximity to rapid transit, shopping and dining.

“The site offers a state-of-the-art space and an outstanding location, which should attract the attention of anyone interested in relocating to one of Winnipeg’s most iconic intersections.

A second phase is already in the works to start in 2017, which will be a 10-13 storey building next door at 265 Osborne Street — located at the corner of Jessie Avenue.