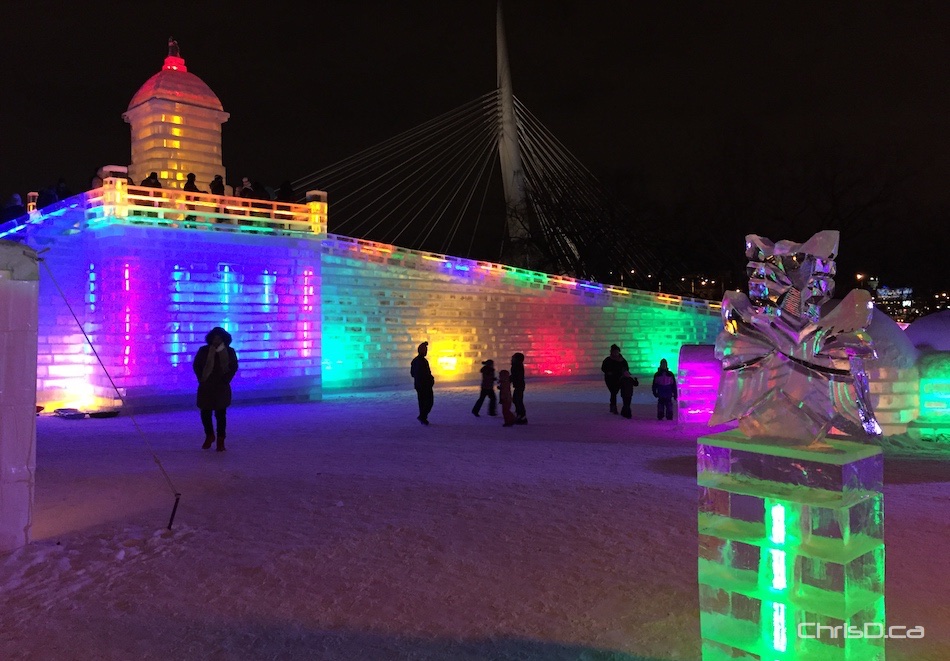 The Great Ice Show is on now until February 28 at The Forks. (CHRISD.CA)

The Great Ice Show opened on Monday at The Forks, creating something Winnipeg has never seen before.

Forty artists from China were brought in to sculpt a winter wonderland made of ice on the banks of the Red River.

“I want to create something Winnipeg people can be excited about… can be proud of,” said Andy Zhao, president of Canadian Icetival Inc. and one of the event’s organizers.

Attractions include tobogganing, a snowman workshop, ice bumper cars, an ice bar with beverages served by Mon Ami Louis (18+), and a 40-foot ice slide where visitors can leave from the top of a small-scale replica of the Manitoba Legislative Building to the ground.

Tickets for the Great Ice Show — running until February 28 — are available through Ticketmaster for $25 for adults and $15 for children.