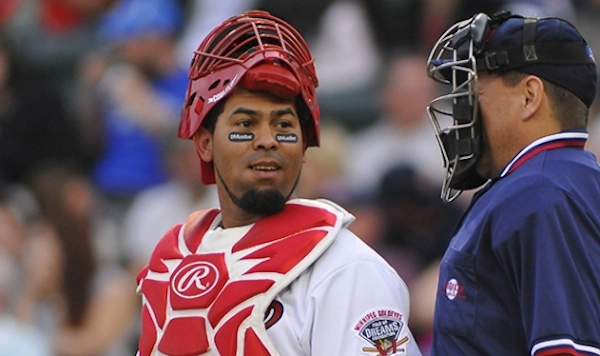 Outfielder Logan Vick also joins Alen, and in exchange, the Goldeyes pick up pitchers Kevin McGovern and Conor Spink, as well as a player to be named later.

The Fish also announced the signing of catcher Carlton Tanabe.

“I’m very excited to add Carlton to the club,” said Goldeyes’ manager Rick Forney. “I really wanted to find a strong defensive catcher that would help solidify our defense in the middle of the field. I truly feel that with consistent at bats, Carlton will also be a nice contributor offensively.”

Tanabe was drafted by the Mariners in the 24th round in 2009 out of Pearl City High School in his home state of Hawaii. The 6-foot, 195-pound Tanabe has averaged 50 runs scored, 24 doubles, and 57 RBI per 162 games played in his career.