Manitoba Merv Predicts an Early Spring on the Way 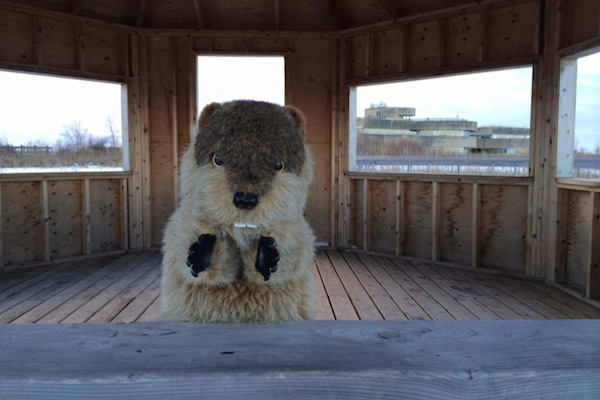 Manitoba Merv did not see his shadow on Tuesday morning, predicting an early spring is on the way. (OAK HAMMOCK MARSH)

It looks like spring is on its way early this year, if a puppet groundhog has anything to say about it.

Manitoba Merv appeared at Oak Hammock Marsh on Tuesday morning and did not see his shadow at the end of the boardwalk.

“While his track record is almost impeccable for the past 22 years, an erroneous prediction 2 years ago, made some people doubt his forecasting ability,” the marsh said in a release.

“He had announced that an early spring was on its way but winter seemed to last forever.”

Merv’s prediction is usually put up against the other local groundhog, Winnipeg Willow. But this year we’ll only have to take his word for it with Willow’s recent passing.