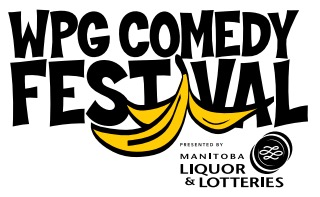 This year’s Winnipeg Comedy Festival will kick off a few nights earlier than usual, but that’s because there’s more show to fill.

The 15th annual festival has a new artistic director at the reins, but promises the same laughs as always April 3-10.

“I am new to the gig,” jokes artistic director Lara Rae. “But I am happy to continue the tradition with a lineup that is very special and star-studded. And we have really tried hard to reflect and celebrate not just our anniversary, but the positive new voices that are being heard in our community and our culture.”

Comedian Brent Butt will lead the gala series at Pantages Playhouse Theatre on April 7 featuring a “Born This Way” show.

Friday, April 8 will see back-to-back galas, starting with “Customs and Integration,” a celebration of first- and second-generation Canadians and their families. Following that, Canadian comedy legend Mary Walsh will explore her passionate and uncompromising world views.

Sean Cullen will host the WCF’s 15th anniversary show on Saturday, April 9 with festival favourites Erica Sigurdson, John Wing, Elvira Kurt and Darryl Lenox. TV’s Naomi Snieckus will close out the night hosting the “All Geek to Me” show.

See the complete lineup below: