Home » Columns » Canada’s Disconnect with the Food We Eat

Canada’s Disconnect with the Food We Eat 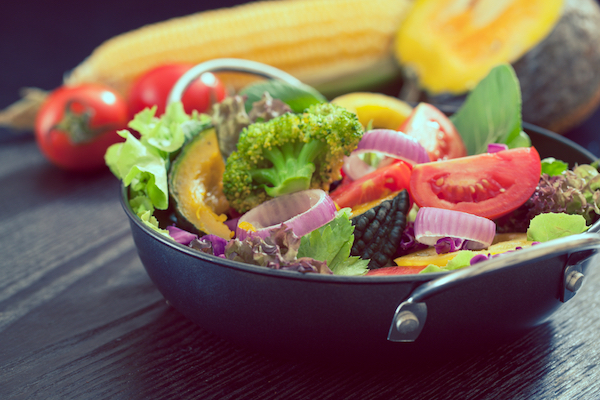 NEEPAWA, Man. — I grew up on a city lot in urban Canada. Neither of my parents grew up on farms and while my parents enjoyed flowers, gardening wasn’t a hobby for either of them. As far as I knew, food came from the grocery store.

I was in Grade 8 before I actually attempted to grow anything. My first foray into gardening was for a science experiment in which we tested the effect of different types of liquids on the growth rate of a plant. My seeds never even broke through the surface of the dirt.

I grew up like the vast majority of Canadians, completely disconnected from the source of my food.

According to Statistics Canada, in 1851, when Canada’s economy was led by agriculture and the exploitation of natural resources, nearly nine in 10 Canadians lived in rural areas. Over the last 160 years, changes in Canada’s economy have meant that the proportion of people living in rural areas has declined to the point where in 2011 (the last census), only 18.9 per cent of Canadians lived in rural areas, few of whom actually live on farms. According to the 2011 Canadian Census of Agriculture, Canada’s farm population accounted for just two per cent of Canada’s overall population.

This demographic shift isn’t a cause for concern, except in one way — Canadians are becoming more and more disconnected from the food we eat, and that’s a big problem. It used to be that most urban Canadians had parents who grew up on a farm, or visited grandparents, aunts, uncles or cousins who farmed. That’s just not the case any more.

Never mind concerns that Canadians are eating too much convenience food, most Canadians have no idea where any of the food they eat comes from, or how it comes to be.

While Canadian children leave school knowing about natural geography, the components of our solar system, how different compounds react and the effect of gravity, they don’t know how a seed becomes something that we eat. At some point, they’ll have dissected a frog, but they have no idea what it takes to raise an animal to produce milk or meat.

Whether it’s concerns over animal welfare, antibiotic or pesticide use, increased consumption of unhealthy foods or the switch to cheaper, but possibility less safe, food production techniques, this disconnect has led to a range of problems that impact both producers and consumers of food. Canadians worry about the food they eat, but with no actual knowledge base, they don’t know what they should be worrying about. There’s just such a huge gap in understanding. The Internet has stepped up to fill this void, causing consumers to get caught up in slanted truths, agendas and pseudo science.

It’s time that the education system across the country recognized the importance of food production. It shouldn’t be relegated to an optional club or a special half-day event every few years, it’s too important. With increasing concerns over food safety and nutrition, there’s no question that knowing how to grow food must become part of the core curriculum for all Canadian students. Whether they live in an apartment in Toronto, or a small town in Manitoba, knowing how food is produced is a valuable life skill and will help Canadians formulate their own opinions about the future of food production, and consumption, in Canada.