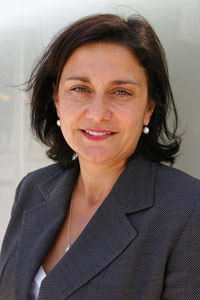 The co-owner and managing partner of the Fort Garry Hotel is being invested into the Order of Canada.

Ida Albo is being recognized for her commitment to the community and as a respected business and civic leader. Albo played a major part in restoring the iconic downtown Winnipeg hotel. She also shares her business expertise with a number of local organizations, such as CentreVenture Development Corporation and the CancerCare Manitoba Foundation.

Albo will receive her honour from Governor General David Johnston on Friday during a ceremony at Rideau Hall in Ottawa.

Also being invested is Ivan Kenneth Eyre of Winnipeg, a professor emeritus at the University of Manitoba. Eyre received his insignia at an earlier date.

A total of 39 members, seven officers and one companion will be invested.