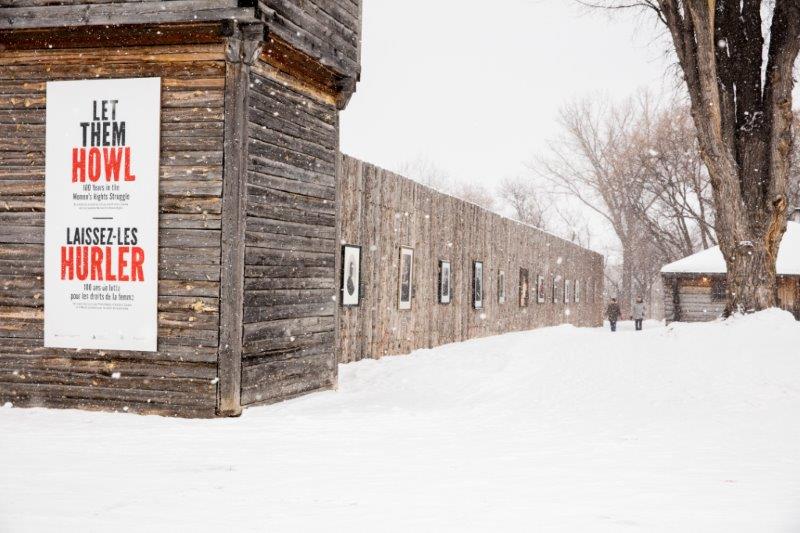 The portraits on ice and snow are being featured in Festival du Voyageur Park in Winnipeg and under the Bank Street Bridge in Ottawa for viewing by skaters on the Rideau Canal.

The exhibition is titled “Let Them Howl: 100 Years in the Women’s Rights Struggle.”

The project was jointly developed by the Canadian Museum for Human Rights in Winnipeg and Library and Archives Canada.

It features reproductions of portraits as well as of photographs by Yousuf Karsh, Barbara Woodley and Bryan Adams.

An empty frame reminds visitors of the work that still remains to be done.

This year marks the 100th anniversary of women first winning the right to vote in Canada with the province of Manitoba leading the way.

The name of the exhibition comes from a famous quote by McClung, who said: “Never retreat, never explain, never apologize. Get the thing done and let them howl.”