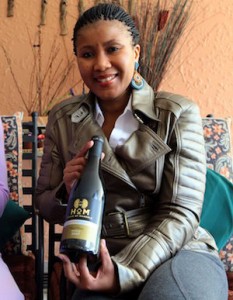 The granddaughter of Nelson Mandela will deliver a keynote address an upcoming conference in Winnipeg next week.

Tukwini Mandela will speak at the National Fair Trade Conference, being held at the Fort Garry Hotel February 18-20.

“Fair trade is about putting people and the environment first, it’s about equality and building a better world. Having Tukwini Mandela join us a keynote speaker creates incredible ties to a legacy of change and equality,” said Sean McHugh, executive director of the Canadian Fair Trade Network.

The three-day event is expected to attract about 400 delegates from across the movement to create new partnerships and further the impact of fair trade.

Mandela will speak during an evening reception held February 18 at the Canadian Museum for Human Rights. Mandela also owns House of Mandela Wines — a fair trade product that will be showcased at the conference.