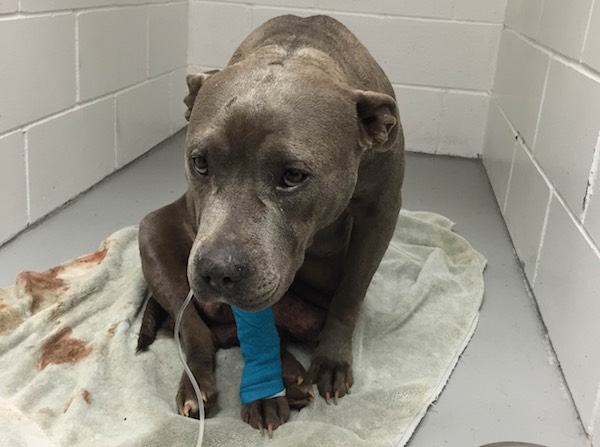 A severely abused and neglected dog from northern Manitoba has died.

Manitoba Underdogs Rescue says Odessa was found locked in a closet with her newly born puppies, all of which have since passed away.

The dog was diagnosed with heartworm and a heart murmur, and a veterinarian also discovered an unborn puppy still in her womb. The removal of the pup was to be carried out via C-section, but Odessa succumbed to the uterine infection caused by the deceased puppy.

“The work that we do is often with dogs that have come from horrible circumstances,” says Manitoba Underdogs Rescue executive director Jessica Hansen.

“Odessa’s story is disgusting. Her owners subjected her to horrible abuse.”

Odessa’s veterinary care was estimated to be about $3,500.

“We were told that charges will be pressed against Odessa’s former owners,” says Hansen. “Thank God. Something has to be done about the horrible conditions for dogs in some northern communities.”

Anyone wishing to donate to help dogs in similar situations can do so through the Manitoba Underdogs website.