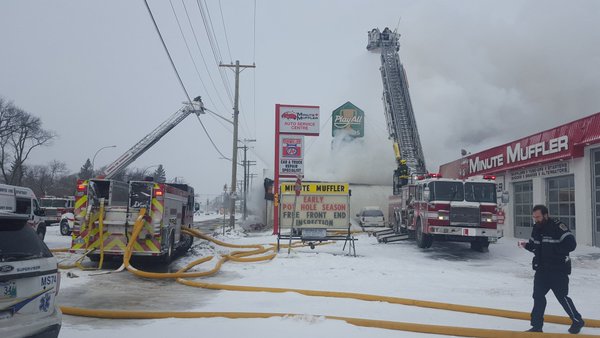 Firefighters use aerial ladders to attack a fire in the 400 block of St. Mary’s Road on Sunday, February 14, 2016. (CONTRIBUTED) 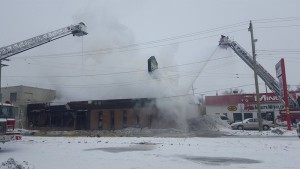 Firefighters work to extinguish a blaze in the 400 block of St. Mary’s Road on Sunday, February 14, 2016. (CONTRIBUTED)

WINNIPEG — Fire tore through a St. Vital business on Sunday, snarling traffic in all directions.

Thick smoke could be seen billowing out of the building. Photos on social media showed smoke from as far away on the Red River Mutual Trail downtown.

Area streets were blocked for at least six blocks. Police were redirecting traffic around Carriere Avenue.

There is no word on a cause for the fire, and no injuries were reported. Fire crews expected to remain on scene for much of Sunday afternoon.

Damage is estimated to exceed $1 million.