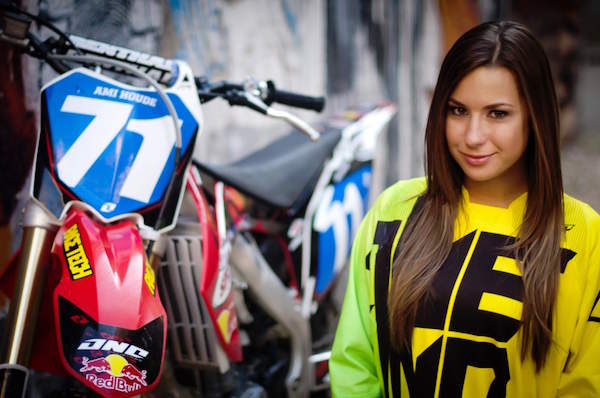 Manitoba women’s motocross champion Ami Houde will be joining this year’s Motorcycle Ride for Dad as a celebrity ride captain.

Houde has an accomplished racing career, having been in the sport for 23 years. Some of her many achievements include 11 Manitoba women’s titles, and was the first Canadian to participate in the FIM World Championships in 2010.

“I’m excited to help any way I can to raise awareness of the need for early detection of prostate cancer,” said Houde. “I can’t wait to put my kick-stand up on Ride Day.”

The 8th annual event is Saturday, May 28 and fights against prostate cancer by raising much-needed funds and awareness for men everywhere to get checked by their doctor.

Funds raised during the event stay in Manitoba. In the past seven years, more than $1.2 million has been raised for the cause.

Registration for this year’s ride is available at ridefordad.ca/manitoba.