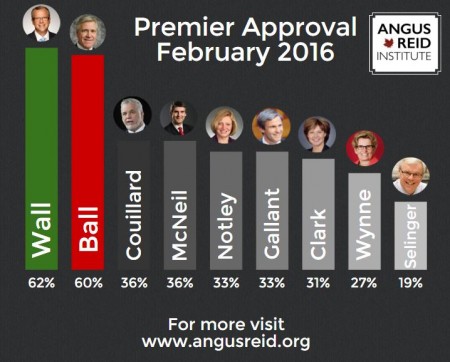 Premier approval ratings, according to a new poll from Angus Reid. Click to enlarge.

A new Angus Reid poll released Wednesday shows Selinger with only a 19 percent approval rating. That’s close to his lowest approval rating of 17 percent in December 2014, when he was facing a revolt from within his own party ranks by five dissident MLAs.

Saskatchewan Premier Brad Wall is still the most popular in the country, with a 62 percent approval rating.

Alberta’s Rachel Notley sits at 33 percent, down 12 points since December due to the province’s sinking economy.