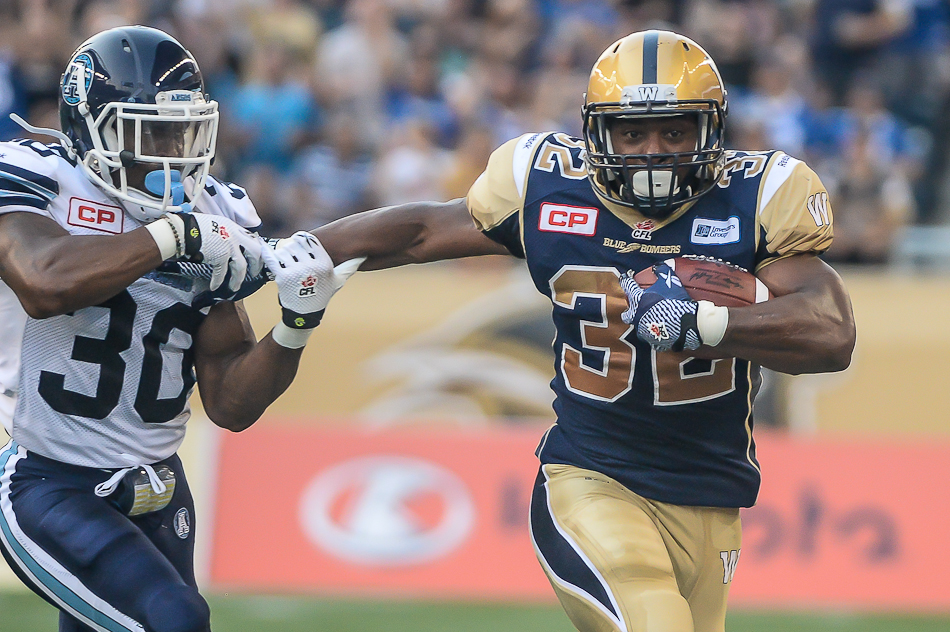 The Winnipeg Blue Bombers will welcome the Montreal Alouettes to Investors Group Field on Friday, June 24 to begin their 2016 CFL season.

League schedules were released Thursday, which then has the Blue and Gold on the road for two games against Calgary and Hamilton.

The Bombers return in mid-July for a tilt against the Grey Cup Champion Edmonton Eskimos on July 14.

The Bombers will have one regular season game on Wednesday, two on Thursday, three games on Friday, and four Saturday home games in the fall.

The Banjo Bowl game against the Saskatchewan Roughriders will be Saturday, September 10 at 3 p.m.

The complete schedule can be found on BlueBombers.com.