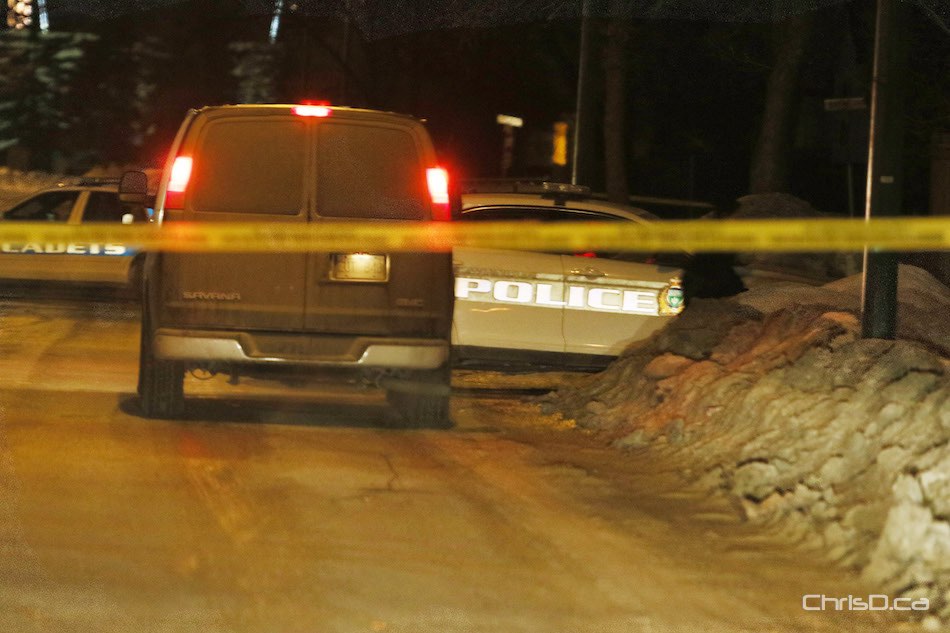 Winnipeg police and cadets on scene outside a home at 10 Bayne Crescent in relation to the Cooper Nemeth investigation, Sunday, February 21, 2016. (CHRISD.CA) 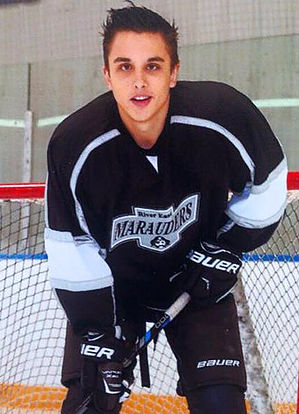 WINNIPEG — Second-degree murder charges have been laid in the death of missing 17-year-old Cooper Nemeth.

The teen was last seen February 14 leaving a house party on Amelia Crescent in the Valley Gardens area.

Nemeth’s body was located in a recycling bin behind a home on Bayne Crescent on Saturday evening. The property owner had contacted police about a commotion behind the residence, which police say isn’t related to the homicide.

Winnipeg police say it appears Nemeth’s body was moved from a Treger Bay location, where police had been searching on Friday. A grey Cadillac at that location was towed away at the time and police were seen removing evidence from the home.

Nicholas Bell-Wright, 22, of Treger Bay was arrested Sunday morning in a stolen vehicle in the Maples area that had originally been taken from North Kildonan. Bell-Wright has a prior criminal record for assault a couple years ago.

Family friends gathered at Gateway Recreation Centre early Sunday morning and shared the grim news with media. Tweets from family and friends associated with the search for the teen also said further efforts will not continue.

Hundreds of volunteers had spent the last week searching Winnipeg neighbourhoods and even areas outside of the city, including the local tight-knit hockey community. Nemeth played for the River East Marauders. 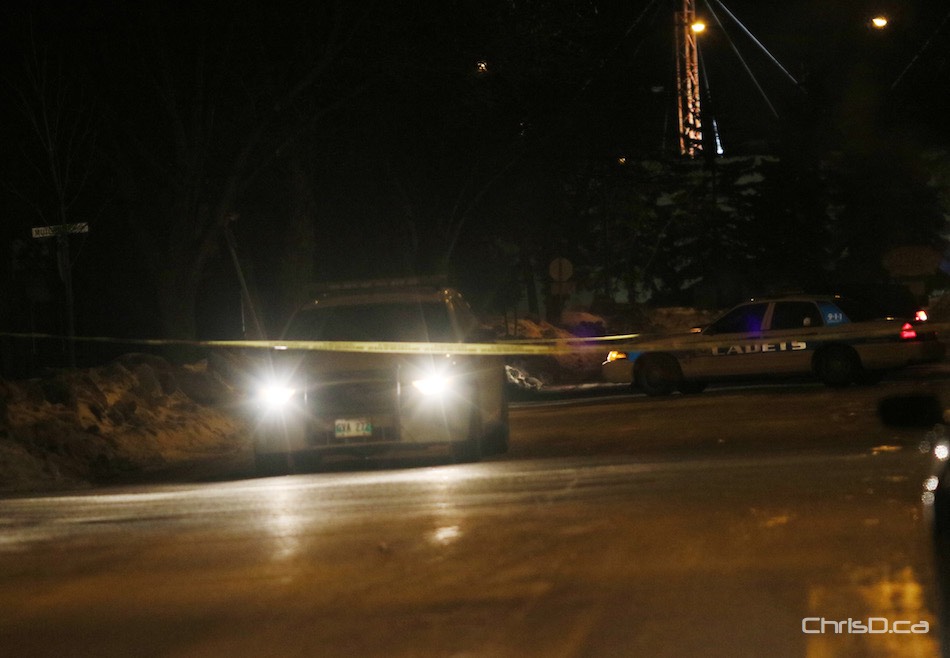 Winnipeg police and cadets on scene outside a home at 10 Bayne Crescent in relation to the Cooper Nemeth investigation, Sunday, February 21, 2016. (CHRISD.CA)

News of Nemeth’s death began spreading shortly after midnight on Sunday. Friends and family gathered at the Gateway Recreation Centre to lend each other support, including counsellors from Nemeth’s school.

The family is expected to release a statement in the coming days.

A smudge ceremony for Cooper Nemeth will be held at Gateway Recreation Centre Monday night at 6 p.m. Everyone who helped in his search is invited to attend.

← Previous: Bombardier Extended a Lifetime, But at What Cost to Workforce Reduction? Next: Winnipeg Man Injured in B.C. Avalanche →
Tags: Crime | Death | Winnipeg