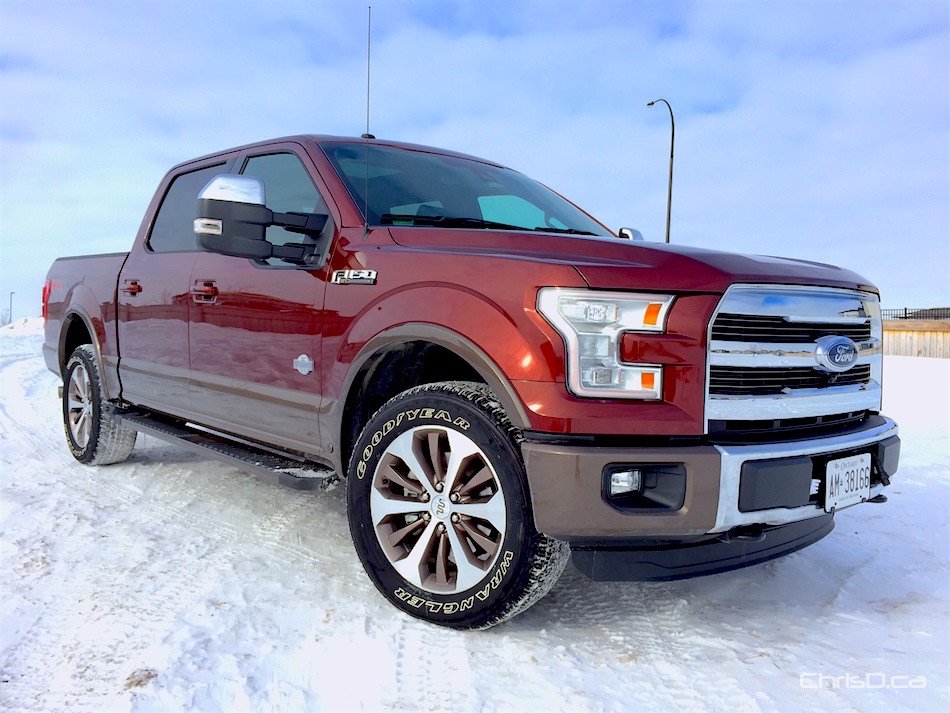 For the last week, Ford Canada loaned a 2016 F-150 King Ranch to haul around in. The first thing you notice about this vehicle is its size.

The King Ranch is certainly the king of its class as far as pick-up trucks go. The loaner vehicle — valued at nearly $78,000 — came fully loaded with more than enough kick under the hood than what one would normally need for city driving. But this truck is best utilized outside city limits in the country to pull off the “work horse” duties it was made for.

Ford touts some changes to the 2016 model, including a new shadow black colour, which replaces tuxedo black in the previous year. And lithium grey replacing guard metallic. Beyond colour aesthetics, the 20-inch machined aluminum wheels with painted silver pockets are also available.

The new F-150 is equipped with the SYNC 3 media system, which is an updated version of the previous on-board computer system found in other Ford models. Besides the updated interface, speed is the most noticeable improvement. Navigating between menu functions is lag-free and almost instantaneous. The only drawback is, unlike older SYNC versions, the screen isn’t responsive if you’re wearing gloves. Unless you remove them, or you’re wearing cell phone-friendly gloves with touch fingers, the screen won’t respond. This is counterintuitive to the “capacitive touch screen” that Ford promotes.

Another big addition Ford is proud to show off is the Pro Trailer Backup Assist. Think about it like the regular reverse camera, but for your boat or trailer. It’s an added feature that you’ll try and then wonder how you ever survived without it while launching your boat. Because it’s February, this option wasn’t tested during the trial week, but numerous YouTube videos from owners reflect quite positively.

Fuel-wise, the F-150 offers an available compress natural gas/propane gaseous fuel prep package for 5.0-litre V8-equipped F-150s, which helps reduce operating costs and tailpipe CO2 emissions. One of the big things you’ll notice upon starting the King Ranch is the “900+ km until empty” notification on the cluster, signalling the sheer size of the gas tank. About 200 kilometres were put on the vehicle during the test, which ended up costing roughly $35 to refuel before it was returned. Given the recent generous fuel prices at the pump, the King Ranch may not be the most fuel-efficient or economical pick-up should the price of oil rise again — which it will.

Overall, the F-150 King Ranch was a treat to drive. As as owner of a 2015 Escape XLT, the pick-up was a nice change as a daily driver for seven days. Getting back into the Escape later made it feel more like a Toyota Yaris — or because this is a Ford Review — let’s go with a “felt more like a Ford Focus” comparison.