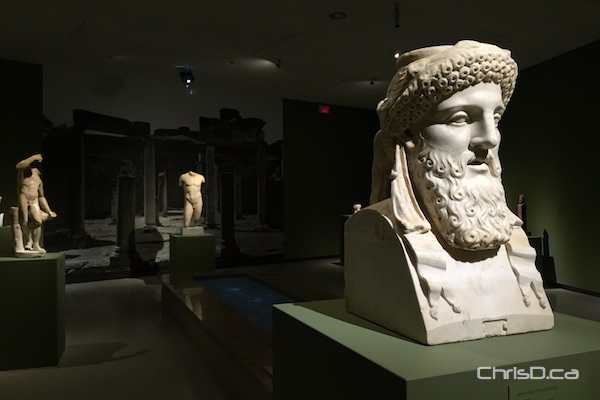 Olympus: The Greco-Roman Collections of Berlin is being held over until April 3 at the Winnipeg Art Gallery. (CHRISD.CA FILE)

The wildly-popular Olympus exhibit at the Winnipeg Art Gallery is being held over until April 3.

Olympus: The Greco-Roman Collections of Berlin was originally scheduled to conclude on March 6.

“The last time we had treasures like Olympus in Winnipeg was over fifty years ago with The Treasures of Tutankhamun, so this is really a once-in-a-lifetime opportunity for Winnipeggers and all visitors,” said Dr. Stephen Borys, WAG director and CEO.

“The show is particularly important for kids and students as Olympus’ impact on curricular programming is unprecedented in our schools and universities, giving students an incredible opportunity to learn about ancient civilizations and cultures first hand.”

Tickets can be purchased in person at the WAG or online at olympus.wag.ca.