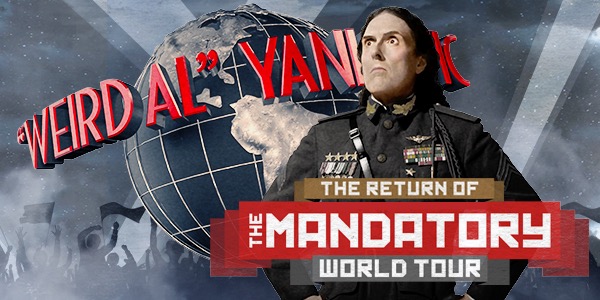 Four-time Grammy-winning artist “Weird Al” Yankovic is playing a 79-city tour this summer, including a stop in Winnipeg.

Yankovic will play the Burton Cummings Theatre on Monday, August 15 as part of his Mandatory World Tour.

“I’ve decided to do the Mandatory World Tour for one more year, after learning that some people didn’t make it out to the show this last time around. Apparently, they don’t know the meaning of the word mandatory,” Yankovic said in a press release.