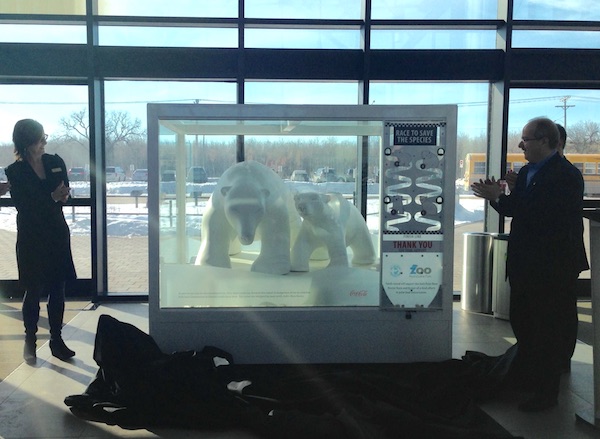 Coca-Cola Canada made the donation of the polar bear sculpture of a mother bear and her cub, which sits at the entrance of the zoo on Roblin Boulevard.

The sculpture was designed by Inuit artist Idris Moss Davies and is in recognition of the zoo’s commitment to Canada’s iconic polar bear and its conservation efforts.

It stands six-feet-tall and is encased in glass with an interactive coin box to collect donations in support of the zoo’s polar bear rescue team.

“Not only is it a beautiful work of art, but it will help us raise awareness about polar bear conservation and engage our visitors to support the cause.”